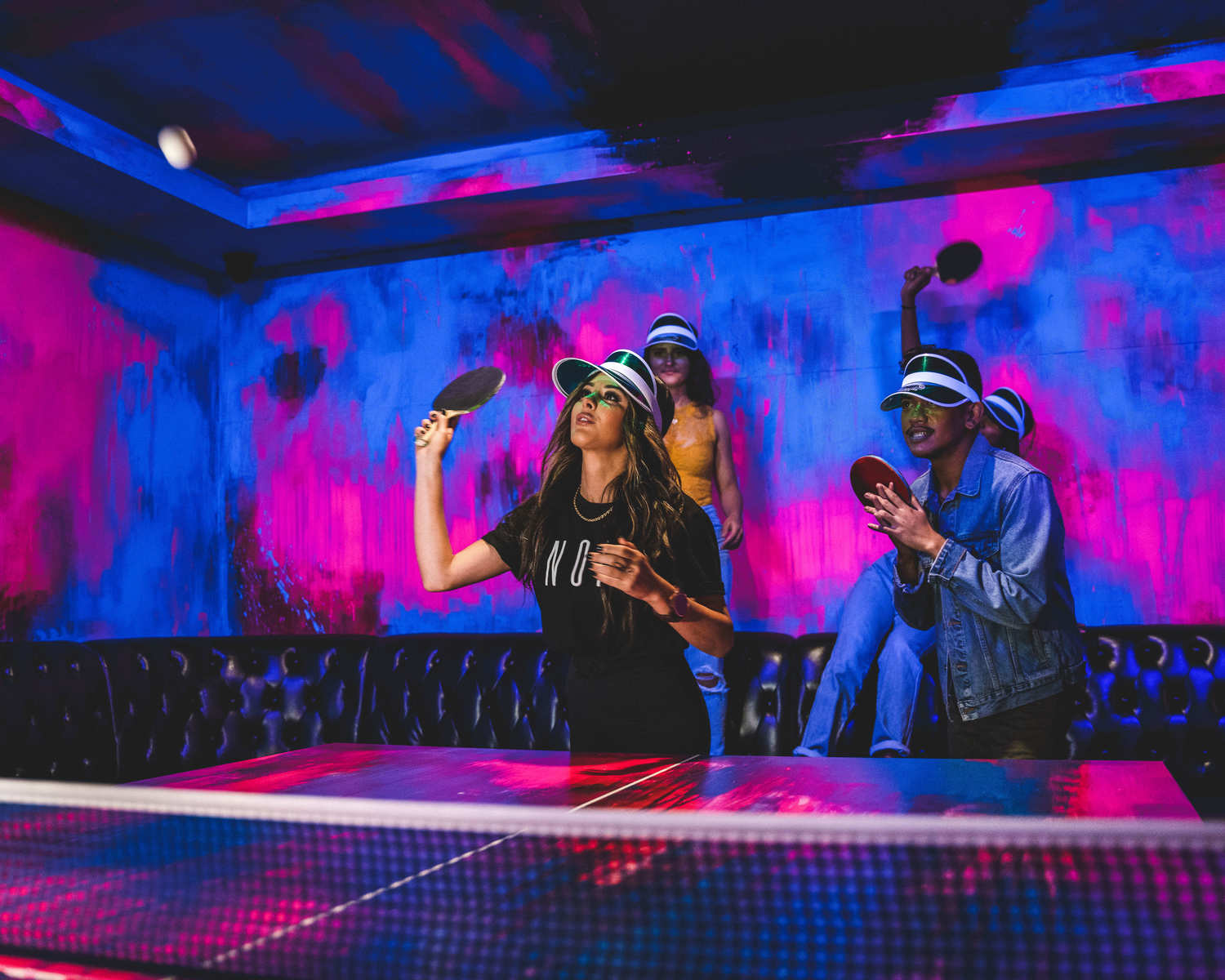 So you think you can't play ping pong? Just remember, even Beyonce wasn't built in a day. Here's a tip... put one hand on the handle of the paddle and place the other hand around the stem of a wine glass. What happens next is where the fun really begins!

Ping pong was invented in England in the early 20th century and quickly gained popularity among the upper-class as an after dinner game. The ping pong ball was discovered in 1901 and the first world championships were held in London in 1926. So grab a paddle and get ready to take your game to the next level!