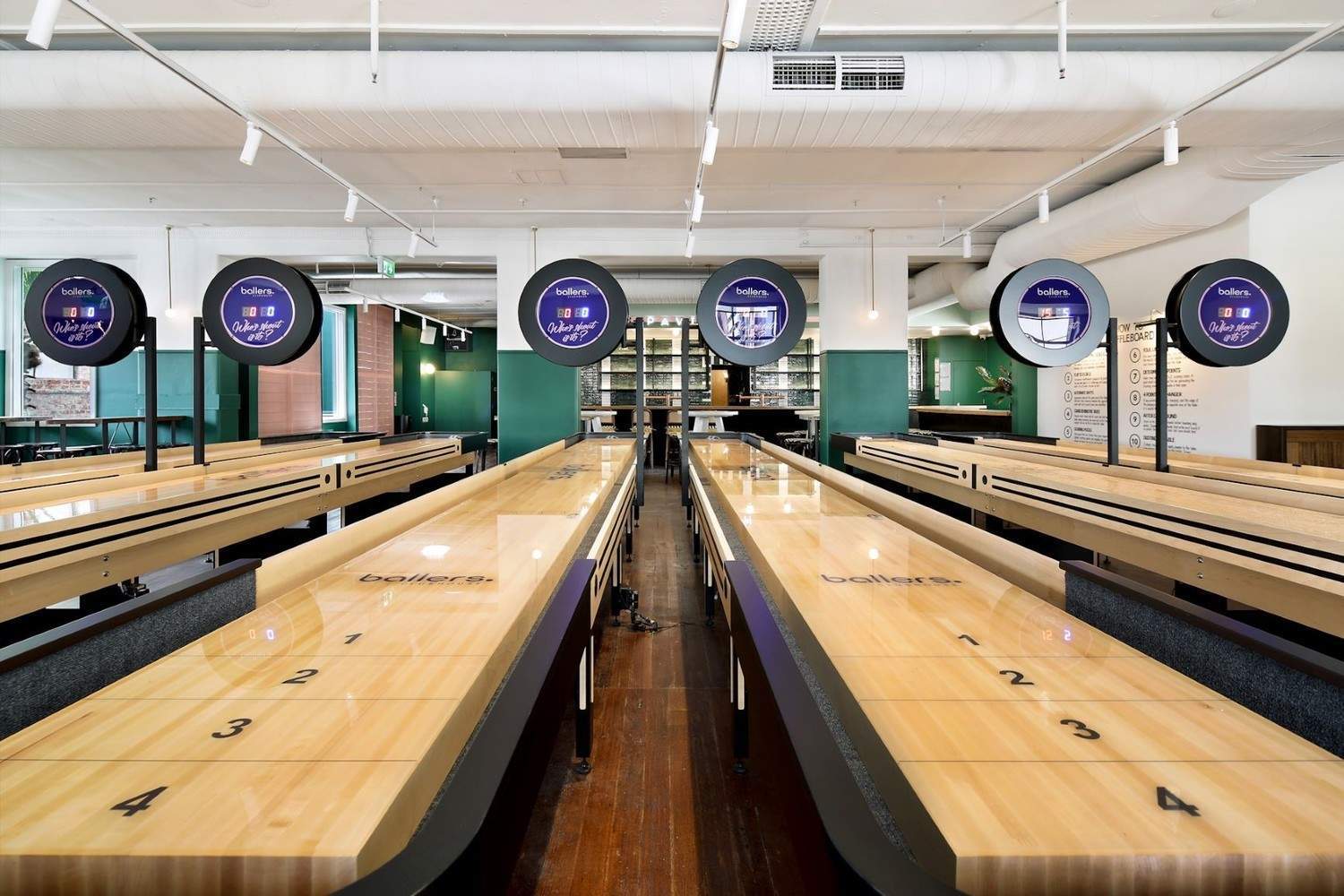 Pucker up and slide into the good times

Let the battle begin in this iconic table game. Shuffle table bookings include all necessary game play utensils so you just need to bring some skills or luck.
Back in 15th Century England, folks played a game of sliding a "groat" (a large British coin of the day worth about four pence) down a table. The game was called shove groat and/or slide groat. Later, a silver penny was used and the name of the game became shove-penny and/or shovel-penny.